I am glad to have a bit of a window to write some of the highlights of our journey into our first home. We entered the house hunt in 2014 after years of renting, traveling and living with parents. It was not an easy find after a long series of apartment visits, even houses that didn’t fit until we found IT. We do have to thank our real estate agent Gabby Goldring for having the patience to guide us through this journey and bringing us to our home. They were right when you know, you know. It probably took about 5 minutes to know that this would be the home we wanted.

The apartment was empty except some random paintings, there was a fresh coat of paint and new flooring in the bedrooms. We had a bit of competition but at the time condos were not as in high demand and even the bidding wars were not as fierce for them. 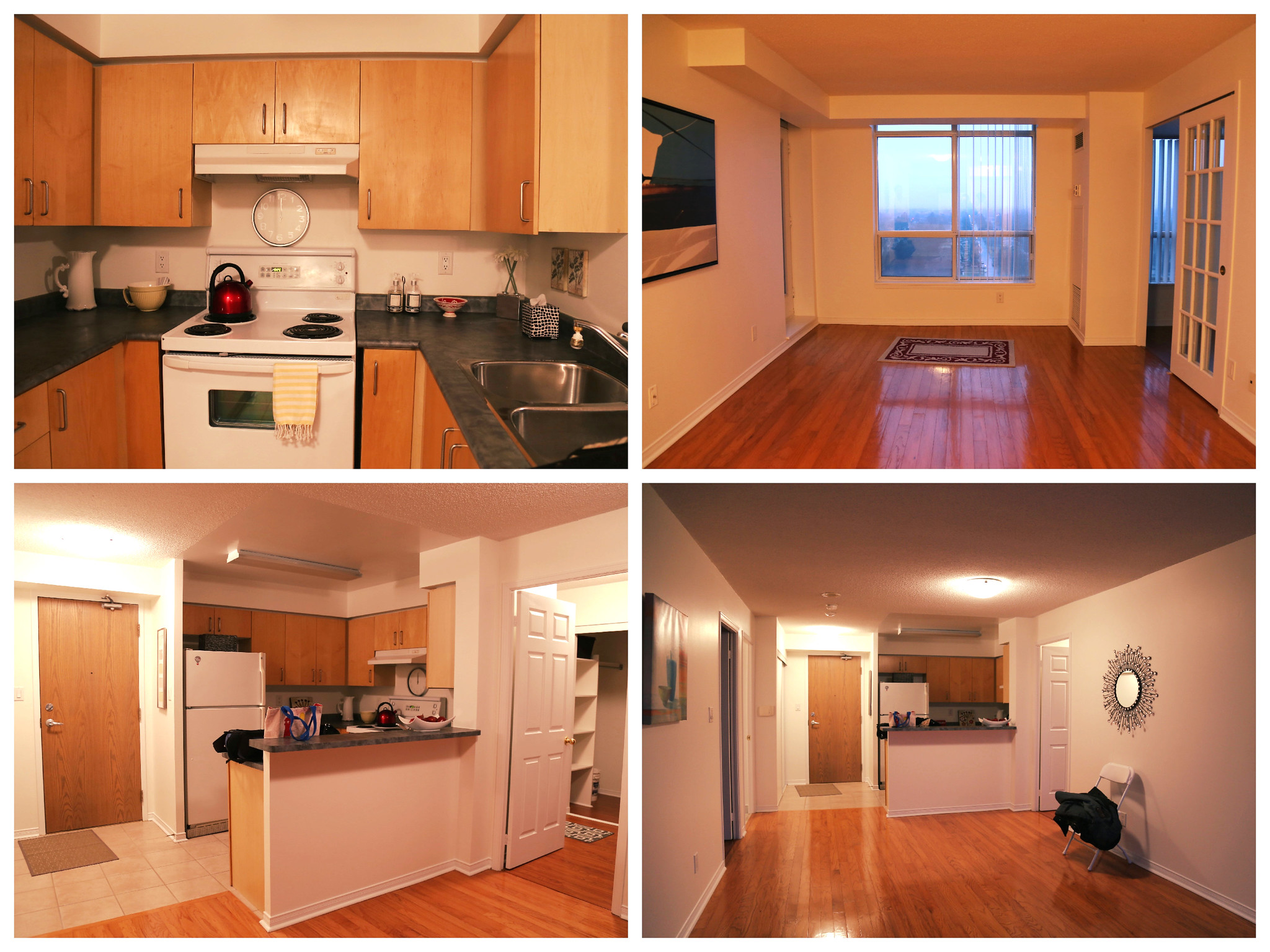 Before we moved in and we made changes to the floor and painting.

Floor
We spent a lot of time going to shops to search for new flooring. The apartment had a mix of new laminate in the bedrooms and and old engineered oak in the living room. It was a strange transition from one to another so we decided to replace it and put the same across the apartment.

We are relatively good at taking things out and apart so we were able to remove it ourselves. In order to not produce landfill and throw out the existing flooring we were as careful as we could be in removing it and we were able to give it away. There are plenty of ways to allow other people to use what you may not need at the time. Both the laminate and the old oak flooring were claimed. People usually need them for cottages or sheds. Please take the time to plan your removals. In Toronto a few options work well:

For the flooring we did not want laminate but also installing pure hardwood was not feasible since we would have had to build a floating underfloor as part of condo rules. We aimed to find the most eco friendly option possible and locally sourced while considering affordability. There are many options out there and we were getting a bit weary of looking but we decided on an engineered Maple from Mirage. It has been four years with it and although you can’t drop some big weight on it without getting damaged, we are still happy with it. It is warm and pleasant and allowed us to decorate the place easily. We also were keen to have a concave trim rather than convex. 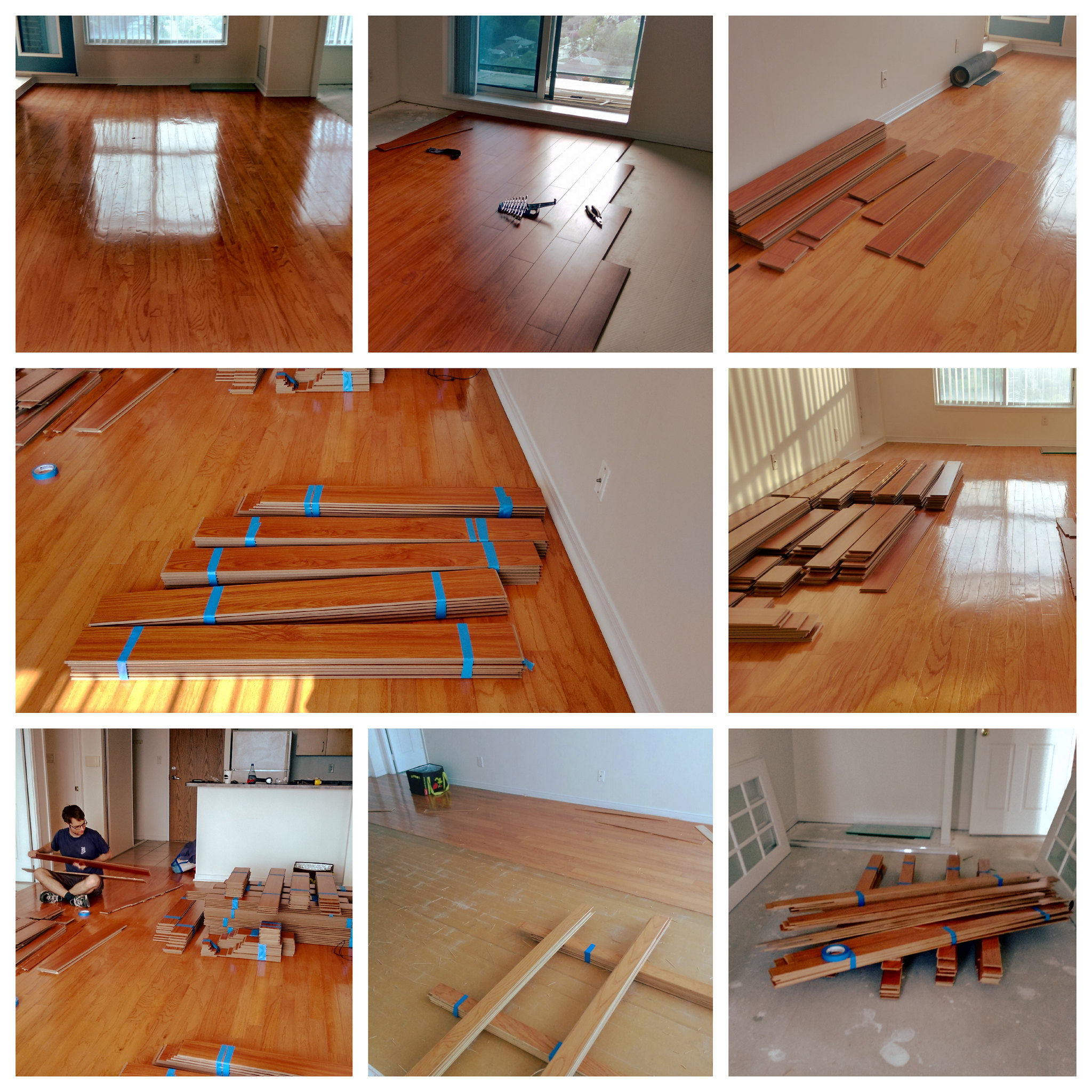 Paint
We were thinking to experiment with paints but it was hard to visualize accent walls and how we would end up decorating in the end. We decided on a light olive green across the entire house. Still love it 4 years later.

Furniture
Except our little record cabinet we didn’t have any furniture to start with. We did have an Ikea round dining table which was part of the first furniture we bought when we moved to Canada. And I must say that furniture served us so well through many moves. It took 3 re-assembles over the years but by the fourth one, ours, the table was on its last legs, pun intended. The first essentials were a bed and a couch which we found locally made from HUPPÉ for relatively good deals at the Bay.

Other pieces in our house except the custom made items, are old and used from the shop called Guff. I am sure there are plenty of other stores around which update pieces but I liked keeping track of new stuff they get and we easily filled our house with a teak table and walnut chairs, a teak credenza, a teak coffee table and a walnut chest of drawers varying from the 50s to 80s. All the pieces were bought through the last 4 years and it allowed us to absorb each piece at a time and enjoy them as they made it their home with us. 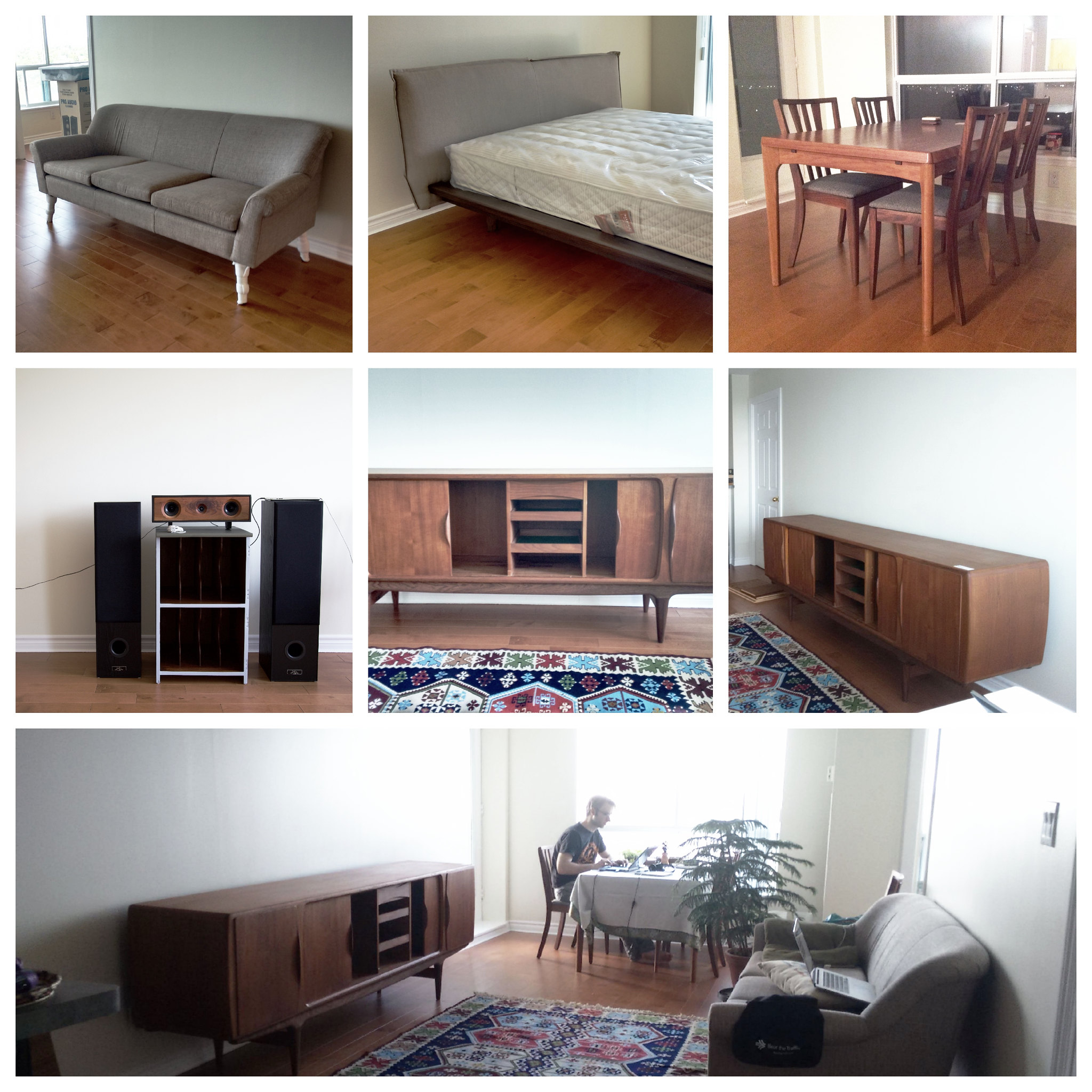 This entry was posted in Mon Atelier and tagged Guff, Huppe. Bookmark the permalink.